PARIS – Chanel designer Karl Lagerfeld on Tuesday delighted haute couture's new breed of deep-pocketed customers with a collection just like them—young, modern and in many cases Asian.
Boyish, spiky-haired models wore hats perched on the back of their heads, cycling shorts and flat sandals with ribbons tied in a bow around the ankle. Bags with long straps were slung around the body like school satchels. Asked about the collection's youthful feel, the designer joked that not many customers were interested in clothes with an "old" feel. If there was a future, he said, "it can be like this."
Lagerfeld drew inspiration for his collection from one of the pioneers of modern architecture, Le Corbusier. In the early 1930s, the architect created a terrace at his apartment overlooking the Champs-Elysees with an outdoor fireplace and a mirror set against a concrete wall.
Cue Lagerfeld's latest fashion extravaganza with a set inside Paris's Grand Palais that was all sharp lines and big white walls. Huge paneled doors at either end of the catwalk slid open to reveal two Le Corbusier-style mirrors above 18th-century mantelpieces. 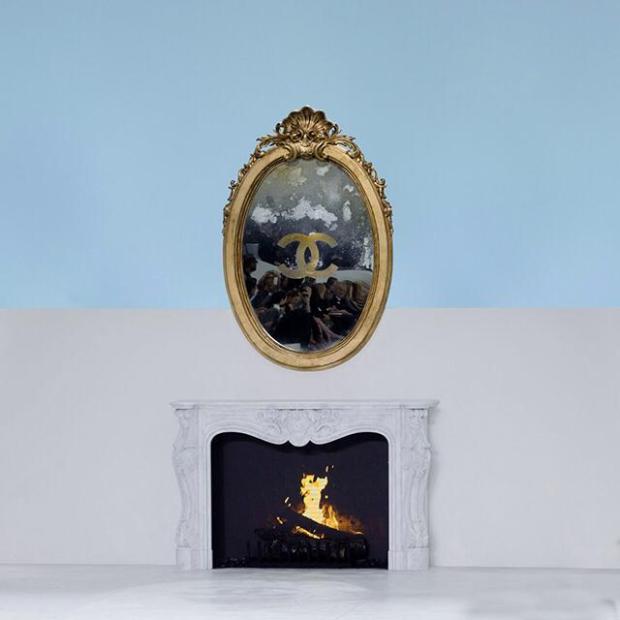 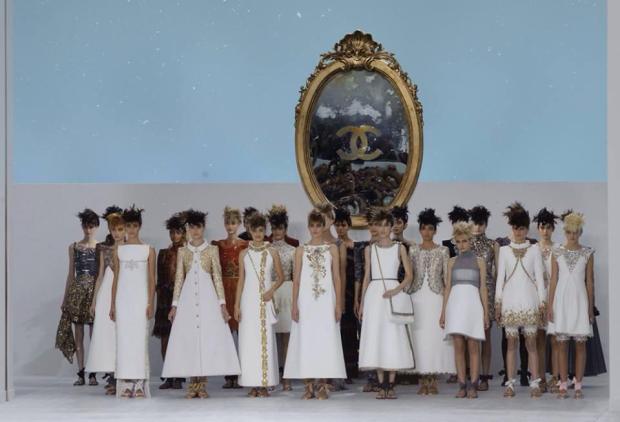 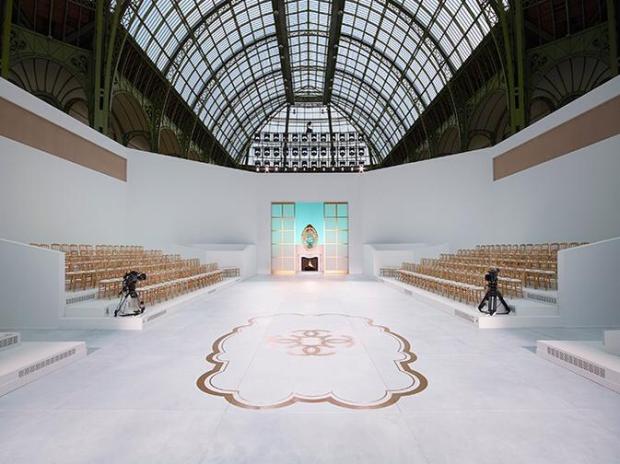 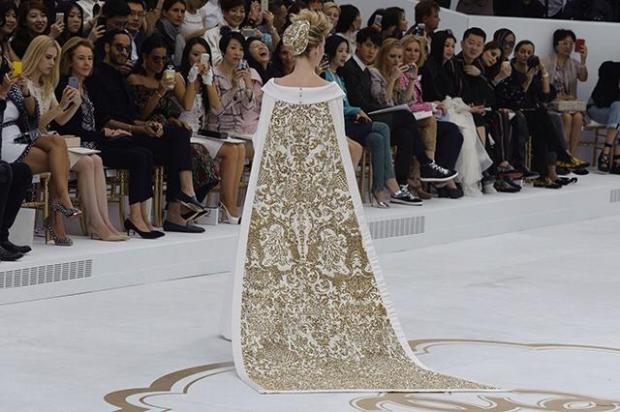 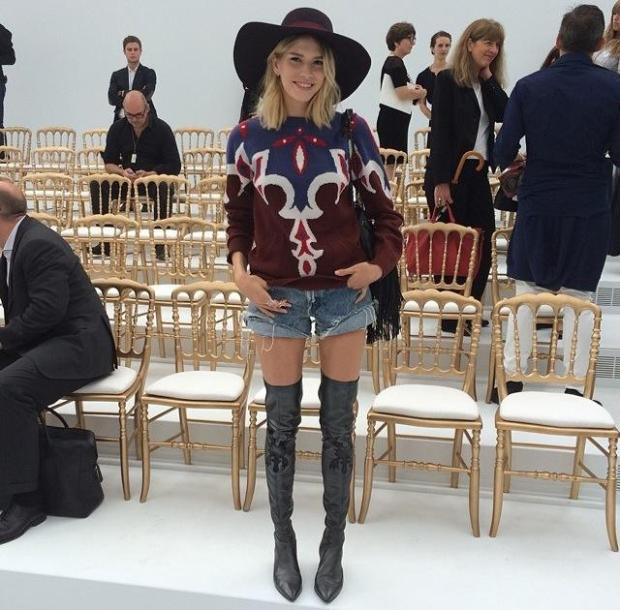 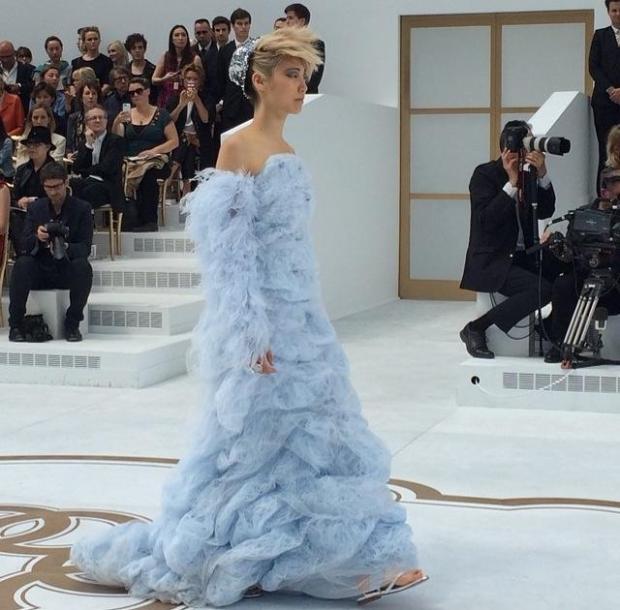 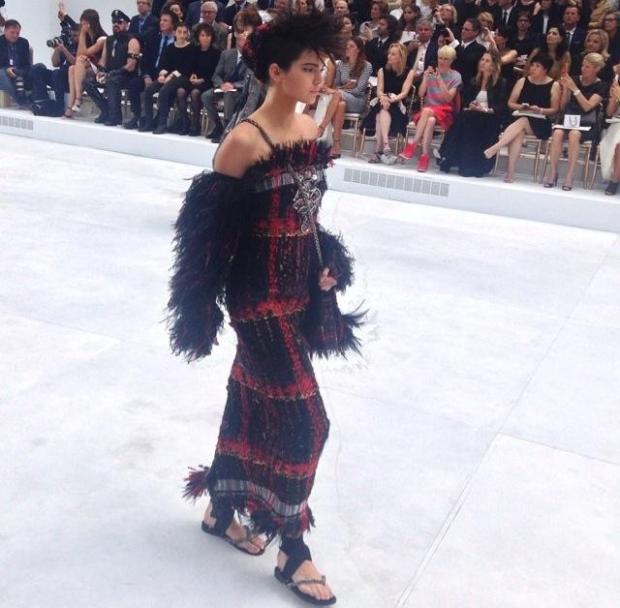 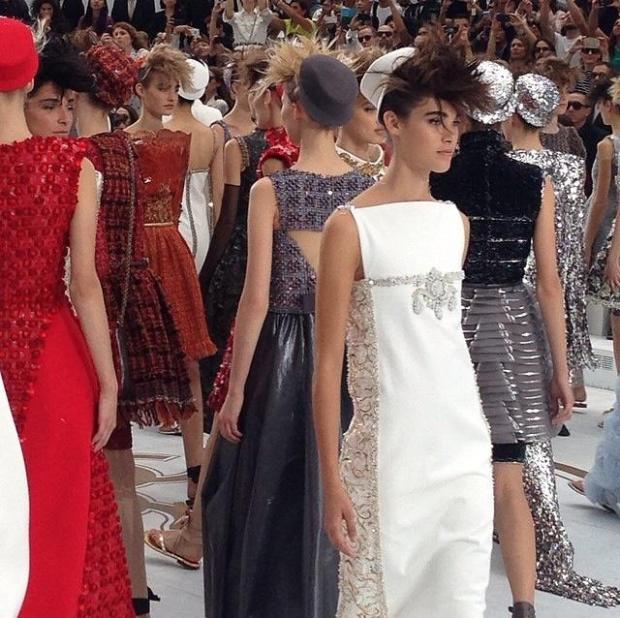 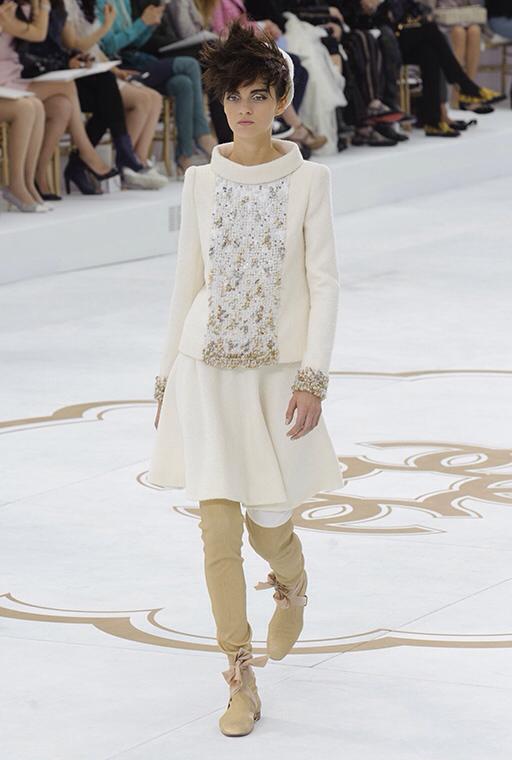 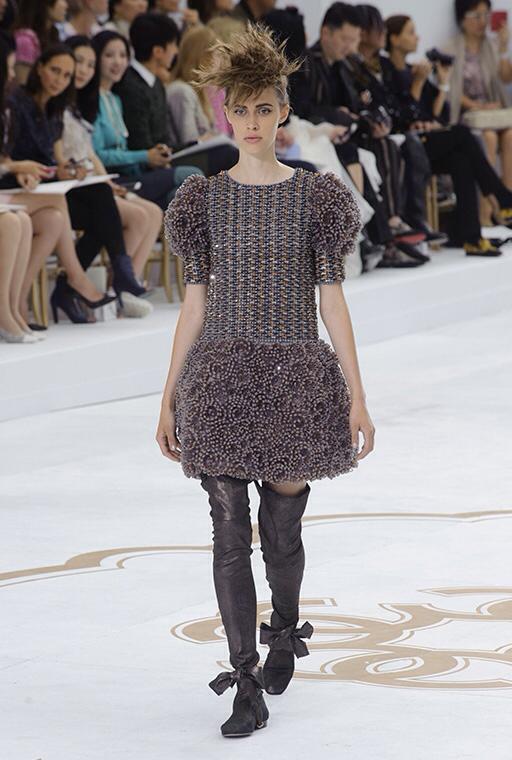 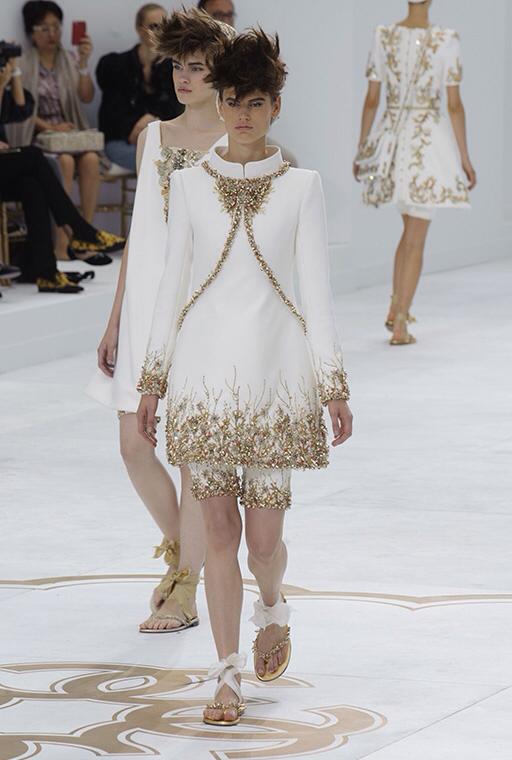 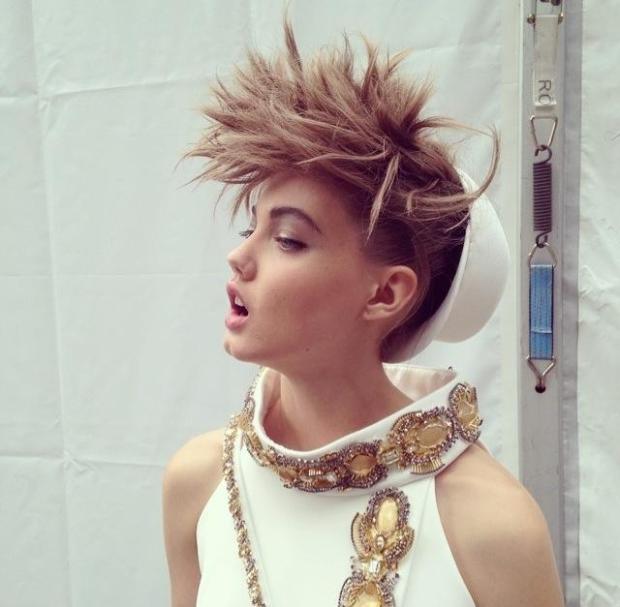 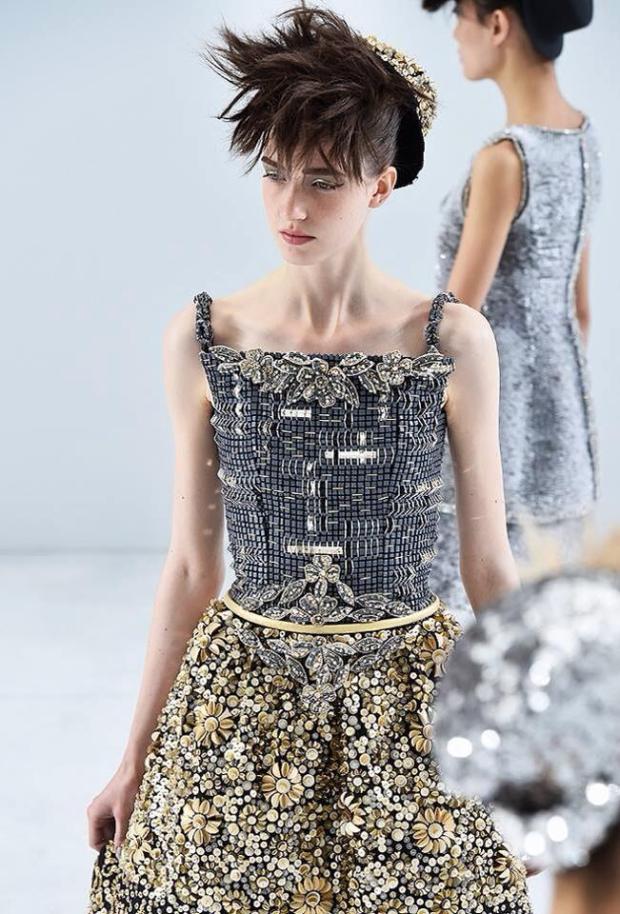 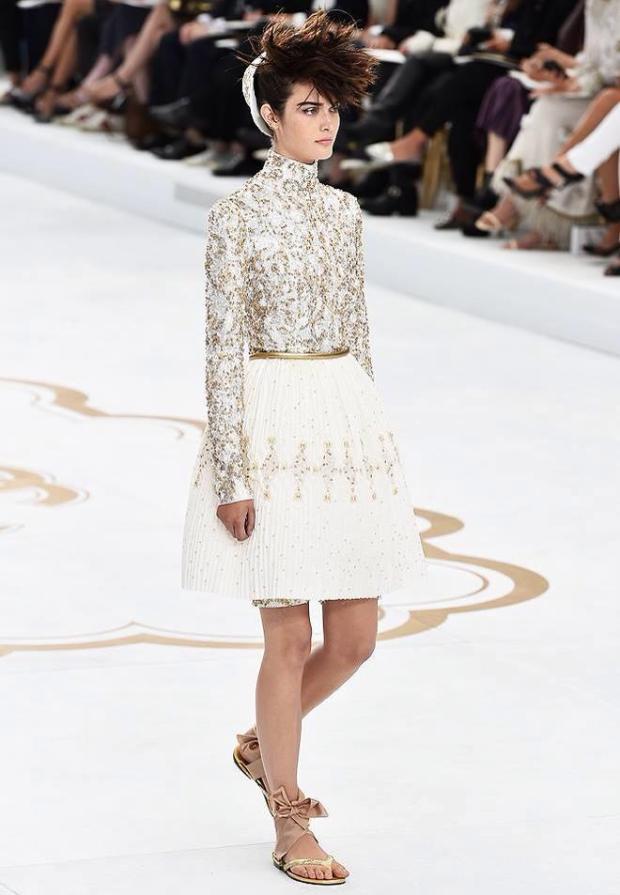 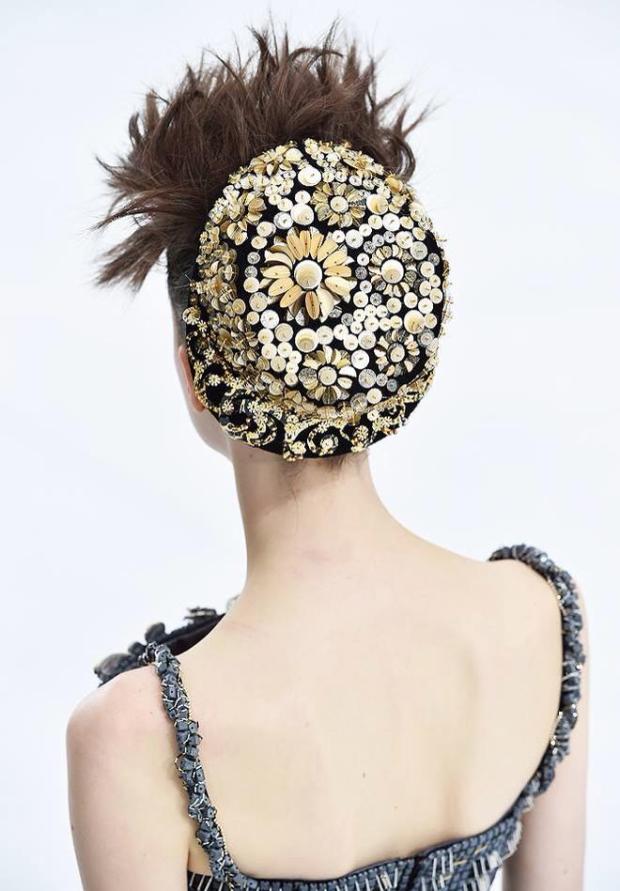 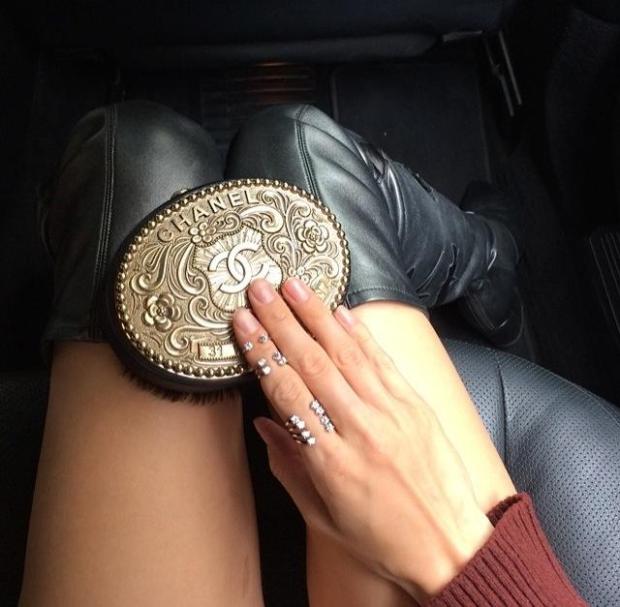 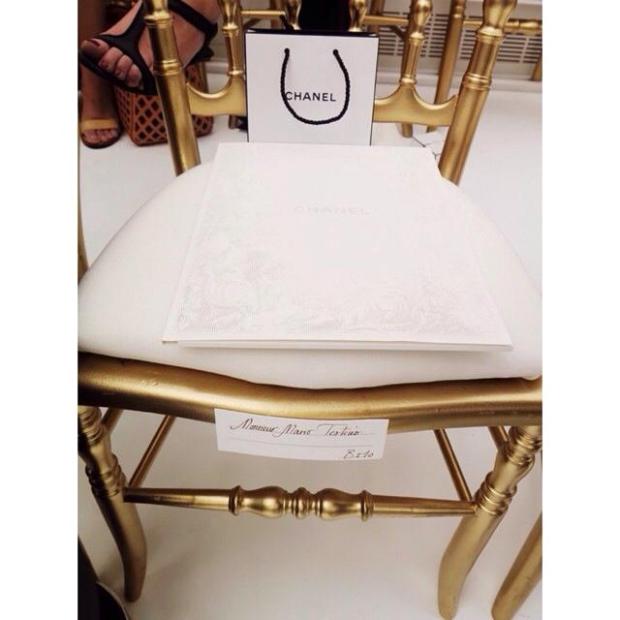